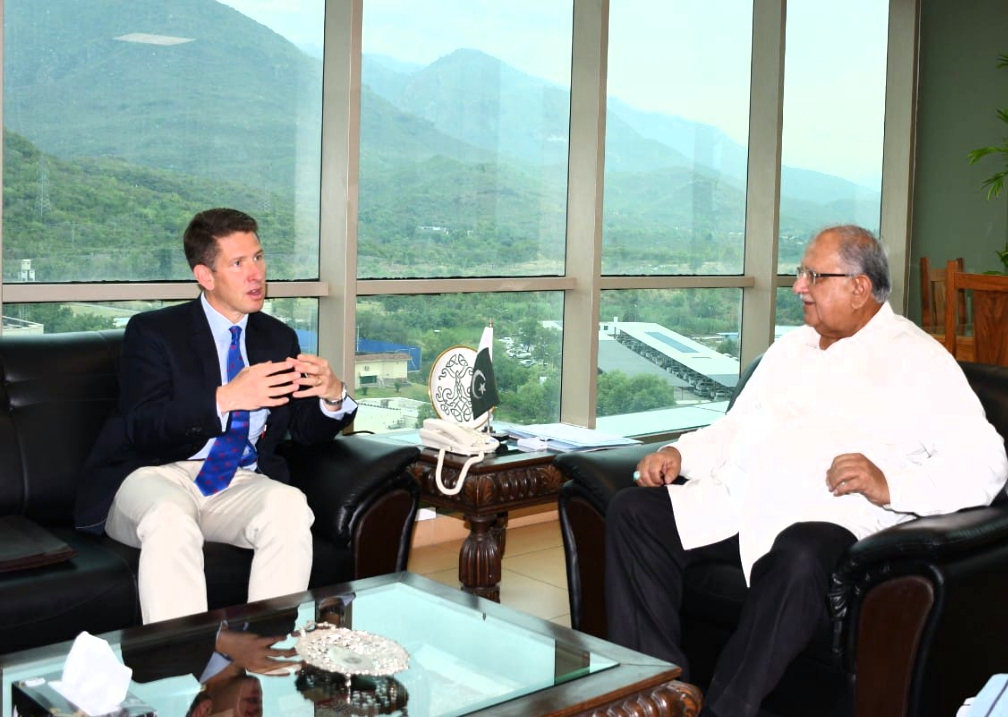 Minster for Human Rights welcomed the British High Commissioner and mentioned about strong long-standing people-to-people linkages grounded in historic connections between Pakistan and UK. He also expressed his deep desire to extend these bilateral relations in all spheres.
While enumerating his priorities, Minister said that issues of Baluchistan would be his top priority where poor people are being exploited in the hands of hostile neighbor, India. He stressed that international community must counsel India on its aggression and severe human rights violation in Illegally Occupied Jammu & Kashmir (IIOJK). He further stated that the West and the US squeeze us on our internal issues but allegedly ignore human rights situation in IIOJK.

British High Commissioner responded that they care about the relationships with Pakistan and encourage their extension. He said that they are eager to work with Pakistan in the strengthening of system through bottom-up approach and particularly desire to bring about certain reforms in the subjects that lies under human rights such as freedom of media, freedom of faith and minority rights. He added that issues like forced conversions, child marriages, misuse of blasphemy laws, women education, domestic violence and gender based issues need more attention.

Minister for Human Rights also expressed that ethnic diversity is a distinct feature of Pakistani society. We are more tolerant to one another as compared to any western society where incident of racial killings are reported every other day. In Pakistan, Afghan refugees enjoy utmost freedom and we have a docile and adjustable society where element of extremism and intolerance penetrated after Afghan War. We are paying heavy price of war of our allies but still we do not get adequate recognition for our countless sacrifices largely in the war on terror.

In response to the point raised on misuse of blasphemy laws against minorities, DG Legal Aid and Justice Authority quoted that in previous year, total 32 cases of blasphemy were reported where 28 were against Muslims and only 4 were against people from minority communities. Further, he apprised that sufficient legal work has been done on National Policy for the protection of minorities’ rights, after Peshawar church incident in 2014.

In his concluding remarks, Minister said that Ministry of Human Rights is persistently taking up cases of human rights violations, reported in the media, with law enforcement agencies. We are much sensitized about freedom of expression, minorities’ and women rights. There are laws such as Protection of Journalists and Media Professionals Act 2021, Domestic Violence (Prevention and Protection) Act 2020 to safeguard the rights of media persons and to provide relief and rehabilitation to women, children, elders and any vulnerable persons against domestic violence.