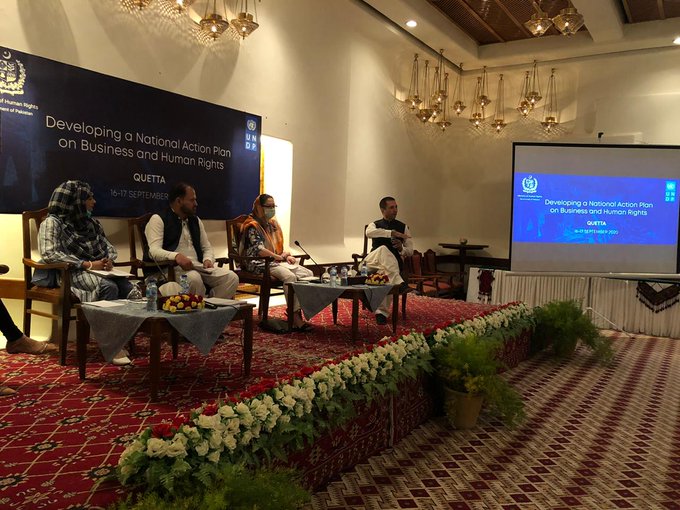 A two-day consultation workshop was organised here on 17th September 2020 to work out a National Action Plan on implementation of human rights in businesses in Quetta.

Speaking on the second day of the workshop on Thursday, the Joint Secretary of the federal Ministry of Human Rights, Malik Kamran Azam, said that consultation had been initiated from Balochistan to form the National Action Plan.

“There are various challenges regarding trade in Balochistan in the context of which consultations have been held with the government representatives and members of civil society after which the proposals will be made part of the National Action Plan,” he said.

“This action plan will not be only for the federal government, but also for the provincial governments,” Mr Azam expressed these views while talking to the media on Thursday at the conclusion of a two-day consultative workshop.

The two-day workshop was organised by the Ministry of Human Rights and the United Nations Develop­ment Programme.

Officers of various government departments, representatives of NGOs and members of civil society participated in the second day of the workshop.

Mr Azam said the Ministry of Human Rights had prepared some programmes for which the services of regional directorates were being sought.