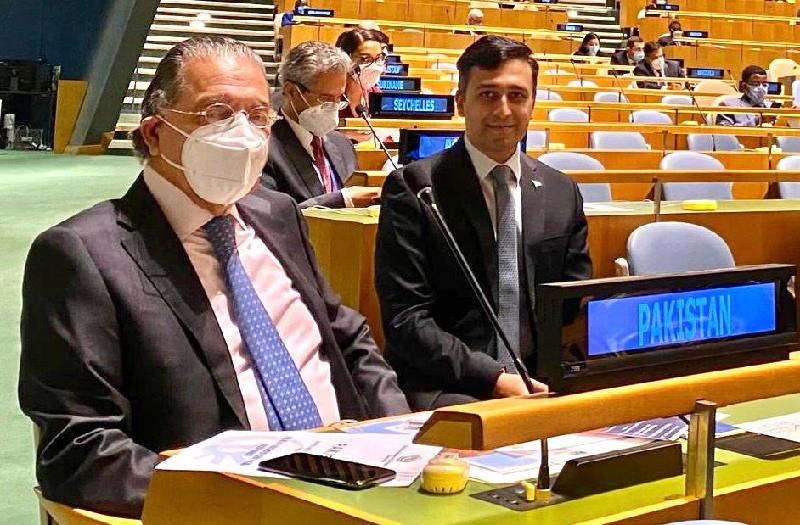 Pakistan has been re-elected to the United Nations Human Rights Council (HRC) with an overwhelming majority securing 169 votes in the 193-member UN General Assembly.

Elections were held in New York on Tuesday. Among the five candidates from the Asia-Pacific region vying for four seats, Pakistan secured the highest number of votes, a statement issued by the Foreign Office said.

The HRC has been a prominent forum for discussing the gross and systematic human rights abuses being perpetrated in Indian Illegally Occupied Jammu and Kashmir (IIOJK).

The human rights violations committed with impunity by the Indian occupation forces in IIOJK have been extensively documented in the various reports of the UN High Commissioner for Human Rights and the independent Special Procedure Mandate Holders.

"Pakistan will remain actively engaged with the Council as well as its related processes to continue to highlight the plight of Kashmiris and other oppressed people all over the world," the communique said.

The Human Rights Council is an inter-governmental body based in Geneva within the United Nations system responsible for the promotion and protection of all human rights around the globe. It comprises 47 states and discusses all thematic human rights issues and specific situations requiring attention, such as those in IIOJK.